Sales activity continued to trend down in September with 1,267 units sold, a year-over-year decline of seven percent. However, as seen in August, sales levels remain consistent with long-term trends as the market returns to more balanced conditions.

New listings were relatively stable on a year-over-year basis but continue to decrease when compared to levels seen earlier this year. Despite adjustments in both sales and new listings, inventory levels also fell in September. Inventories remain nearly 11 percent lower than levels seen last year and well below long-term averages, which continues to prevent the market from moving into “buyers’ market” territory.

“Saskatchewan residents are not immune to the impacts of interest rate increases and ongoing inflationary pressures,” said Saskatchewan REALTORS® Association CEO Chris Guérette. “That said, our housing market continues to fare better than many other regions in the country and we expect that to continue.”

With just over five months of supply, market conditions are not as tight as experienced earlier in the year, but supply levels remain well below long-term averages. The return to more balanced conditions over the past three months has taken some pressure off prices, as well. Despite monthly adjustments, the benchmark price was $329,700 in September, slightly lower than the month prior and four percent higher than last September.

“While national concerns over a recession are mounting, our province remains well-equipped to weather the storm,” said Guérette. “Elevated commodity prices and a rebound in agricultural production have Saskatchewan on track to post strong economic growth this year. This growth will support jobs in the province and help offset some of the impacts that higher lending rates are having on the housing market.”

Sales in Regina continued to post stable sales activity relative to last year. Gains in the apartment condominium sector nearly offset reductions in the detached and attached sectors. With 2,999 sales year-to-date, Regina is trending nearly two percent higher than last year and on pace for another record year. While Regina has not faced the same supply constraints as Saskatoon, new listings continue to decline which is contributing to inventory levels that are over 18 percent lower than reported last year.

With nearly four months’ supply, levels of supply remain lower than what is traditionally seen in September. Despite relatively tight conditions, there has been an adjustment in monthly prices as higher lending rates weigh on consumers. However, prices remain higher than last year due to gains in the detached sector. 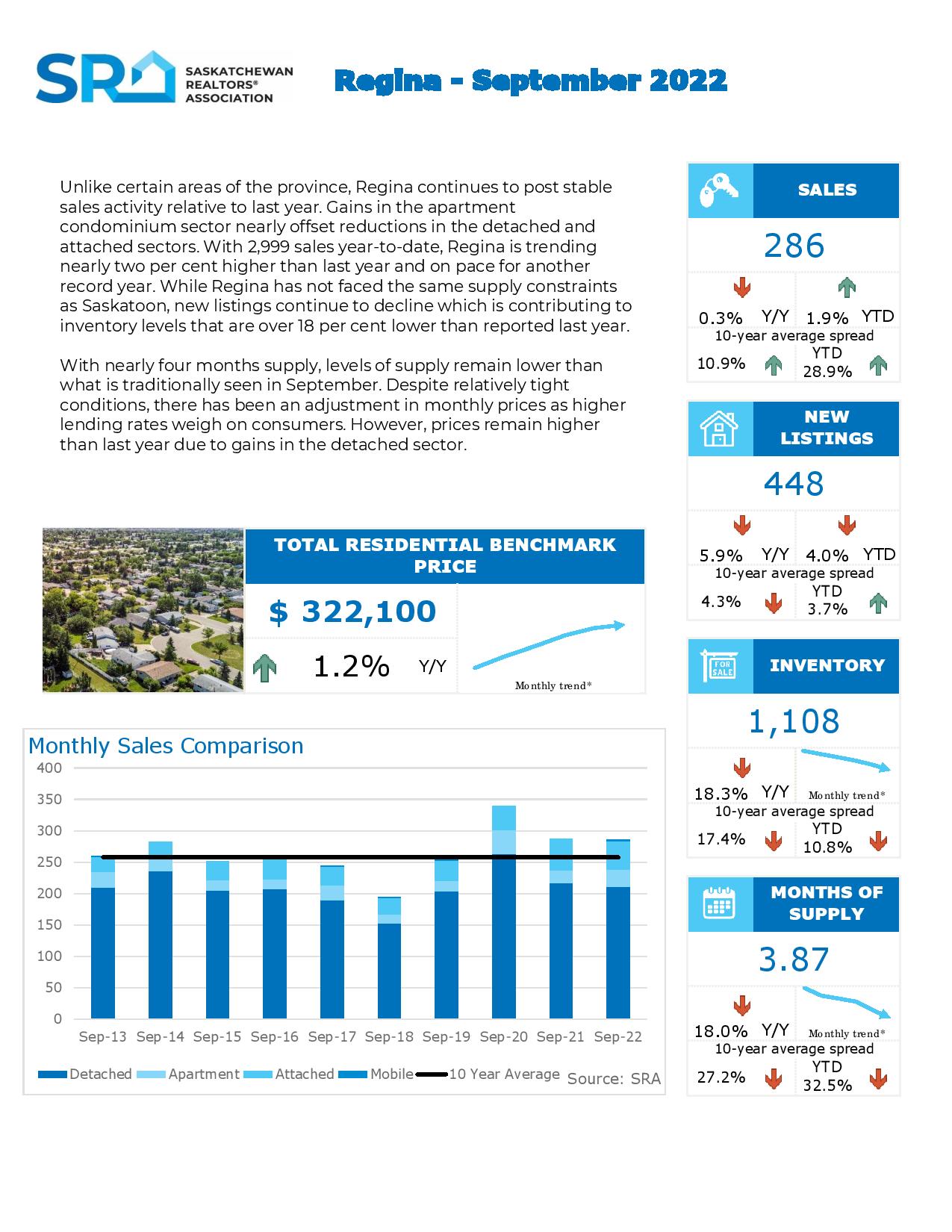 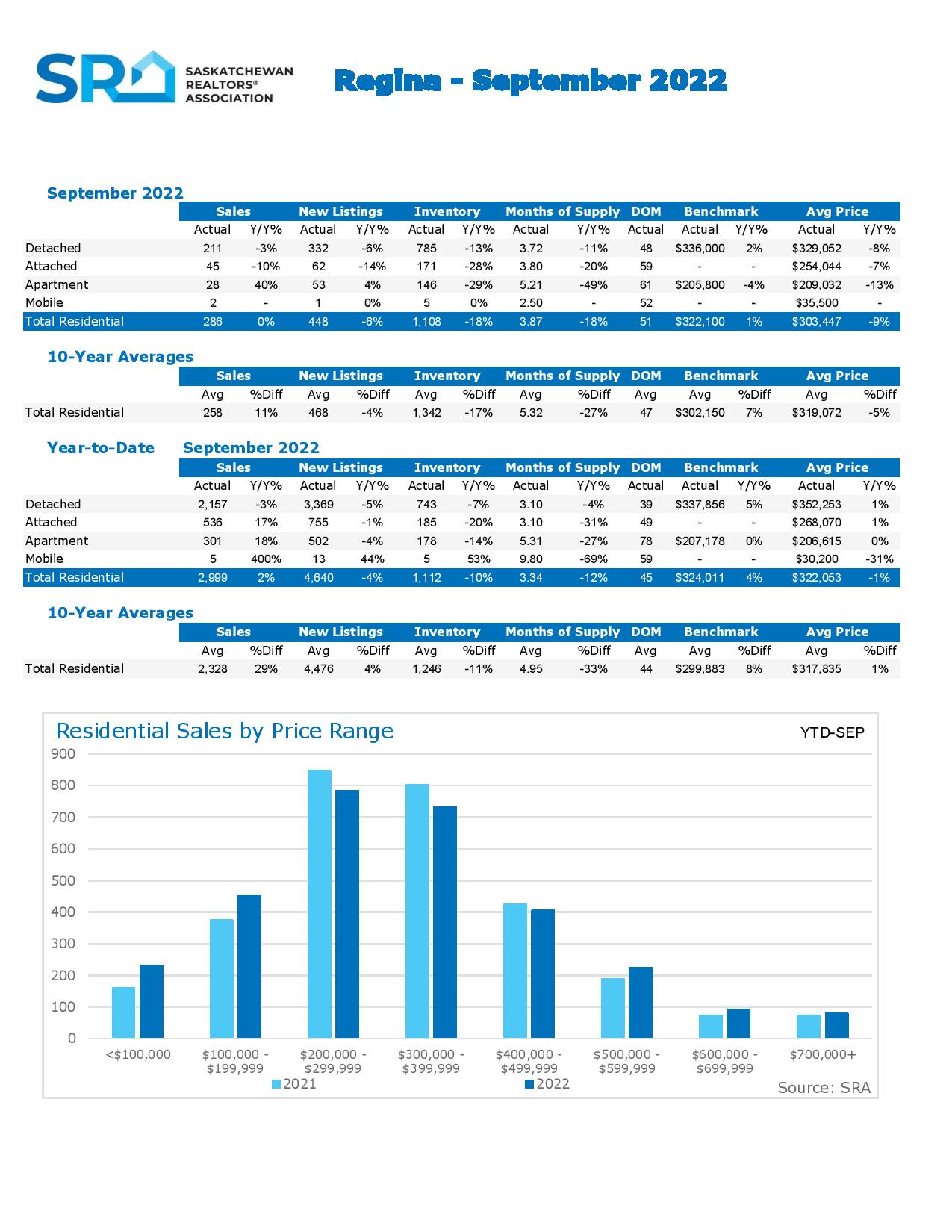 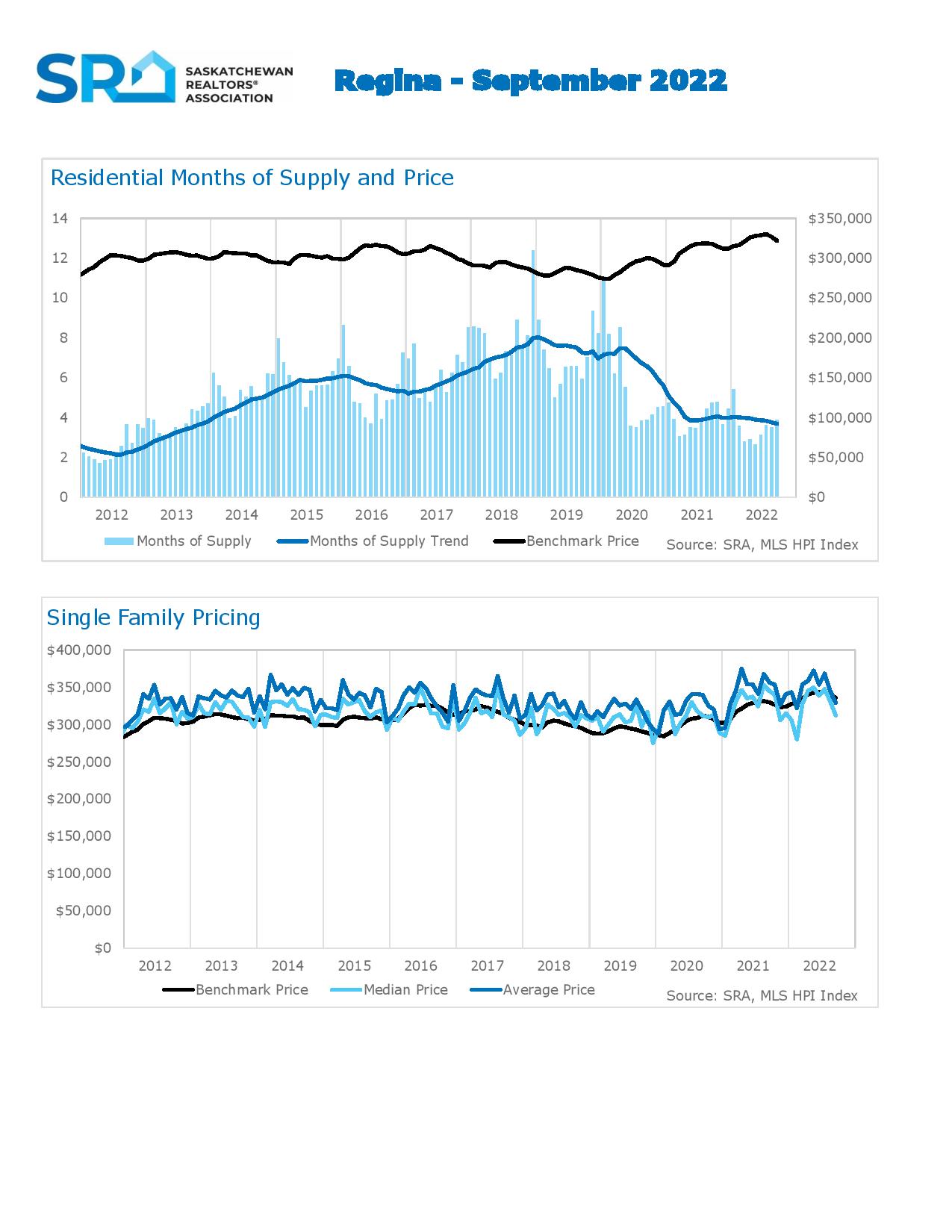 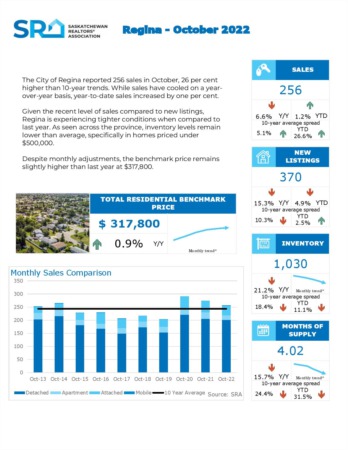 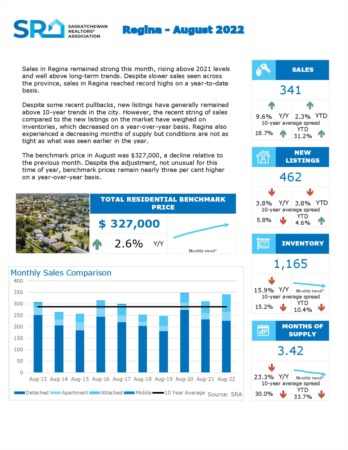 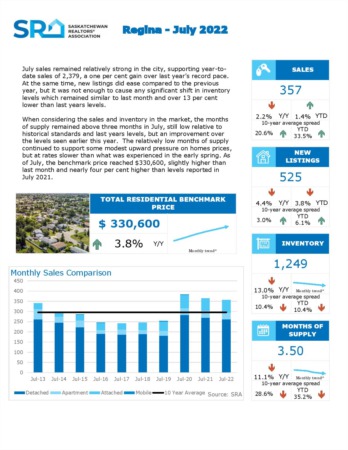