Back to Blog Posts
Next

Unlike some areas of the country, sales activity in May trended up relative to levels seen earlier in the year.  With 1,814 sales this month, levels are still slightly lower than last year’s record but remain well above typical activity in May.  Year-to-date sales have totalled 6,682 units, down 11 percent from last year’s record high, but over 27 percent higher than long-term trends.

“While demand for homes in Saskatchewan has remained relatively strong so far this year, we did not go through the same early demand surge as some markets. In fact, our market is exhibiting trends that we typically see in the Spring.  What we are still struggling with is lower supply levels, which is keeping conditions relatively tight and causing further upward pressure on prices,” comments Chris Guérette, CEO of Saskatchewan REALTORS® Association.

In May, new listings did trend up relative to earlier months and were slightly higher than levels reported last year.  This helped push inventory levels above 6,000 units, but inventories are still nearly 20 percent lower than last year’s levels and 30 percent below long-term trends for the month.

Despite some shifts in supply, the market continues to remain exceptionally tight with less than four months of supply, something not seen since 2008.  The tighter market conditions are placing further upward pressure on home prices.  As of May, the benchmark price in the province reached $330,300, nearly one percent higher than last month and four percent higher than last year’s levels.

“Rising lending rates are expected to have some cooling impacts on housing demand.  While sales activity could be impacted in the coming months, it will take some time for the market to return to more balanced conditions.  Our recent report in partnership with the Saskatchewan Housing Continuum Network titled Saskatchewan’s Current Housing Continuum outlines the significant number of homes our province needs to build in the next seven years, so we don’t fall behind.” said Guérette. “The next step will be to undertake research and recommend targeted policies that foster building and smart growth.”

Sales in Regina not only trended up from earlier in the year but reached a record high for the month of May.  The growth was enough to push year-to-date sales to an all-new record high at 1,615 sales.  Improving economic activity has supported growth in the employment market so far this year boosting confidence and demand in the housing market.

The improvement in sales outpaced the growth in new listings and inventory levels fell compared to both last year’s levels and long-term trends.  This also caused the months of supply to ease from levels reported earlier in the year.   The months of supply have remained below three months for the past three months, something that has not happened since 2012.

The tight market conditions have been placing upward pressure on prices and in May the benchmark price reached $328,200, nearly four percent higher than levels reported last year and a new record high for the city.  The price growth has been driven by the single-family market as condominium prices have yet to recover from the previous highs set in 2015. 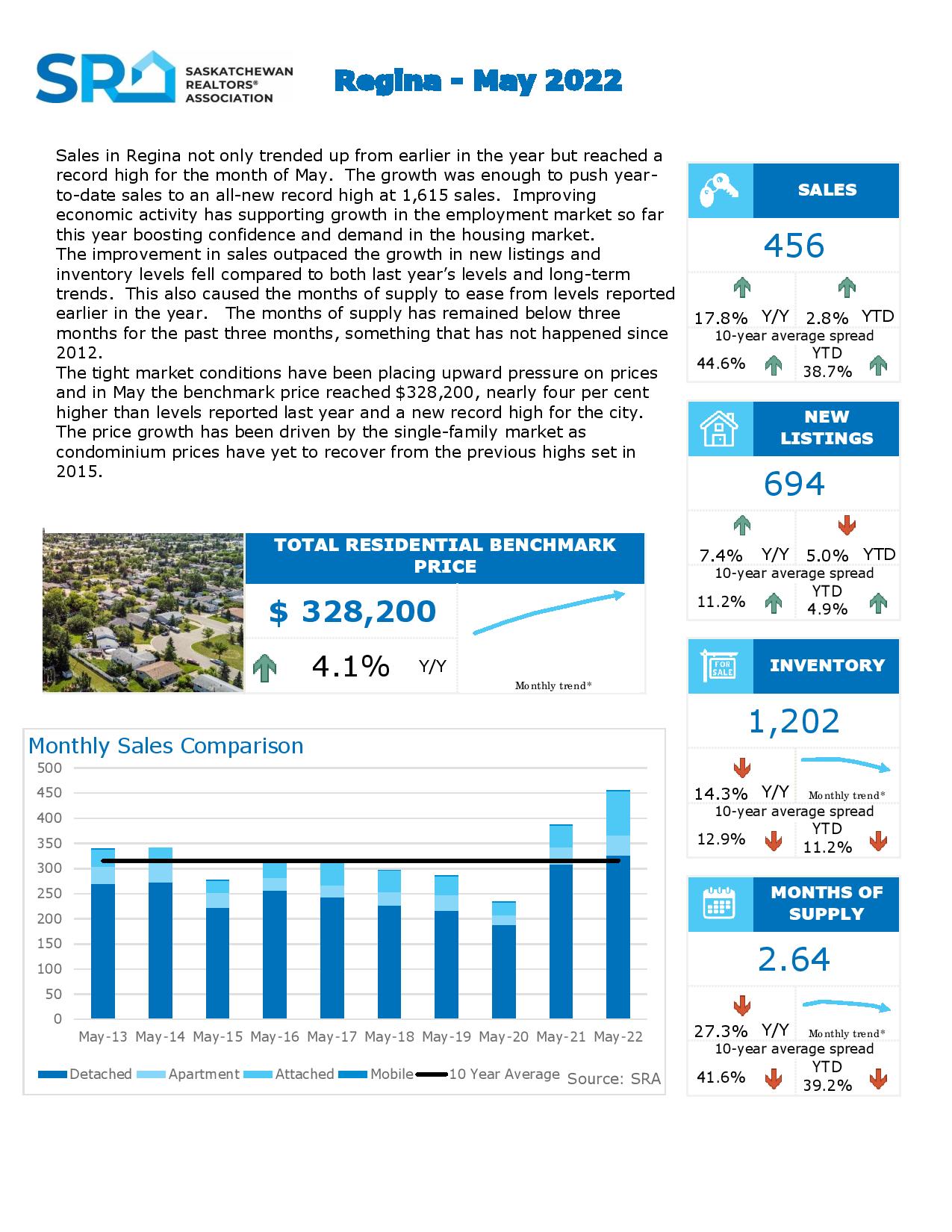 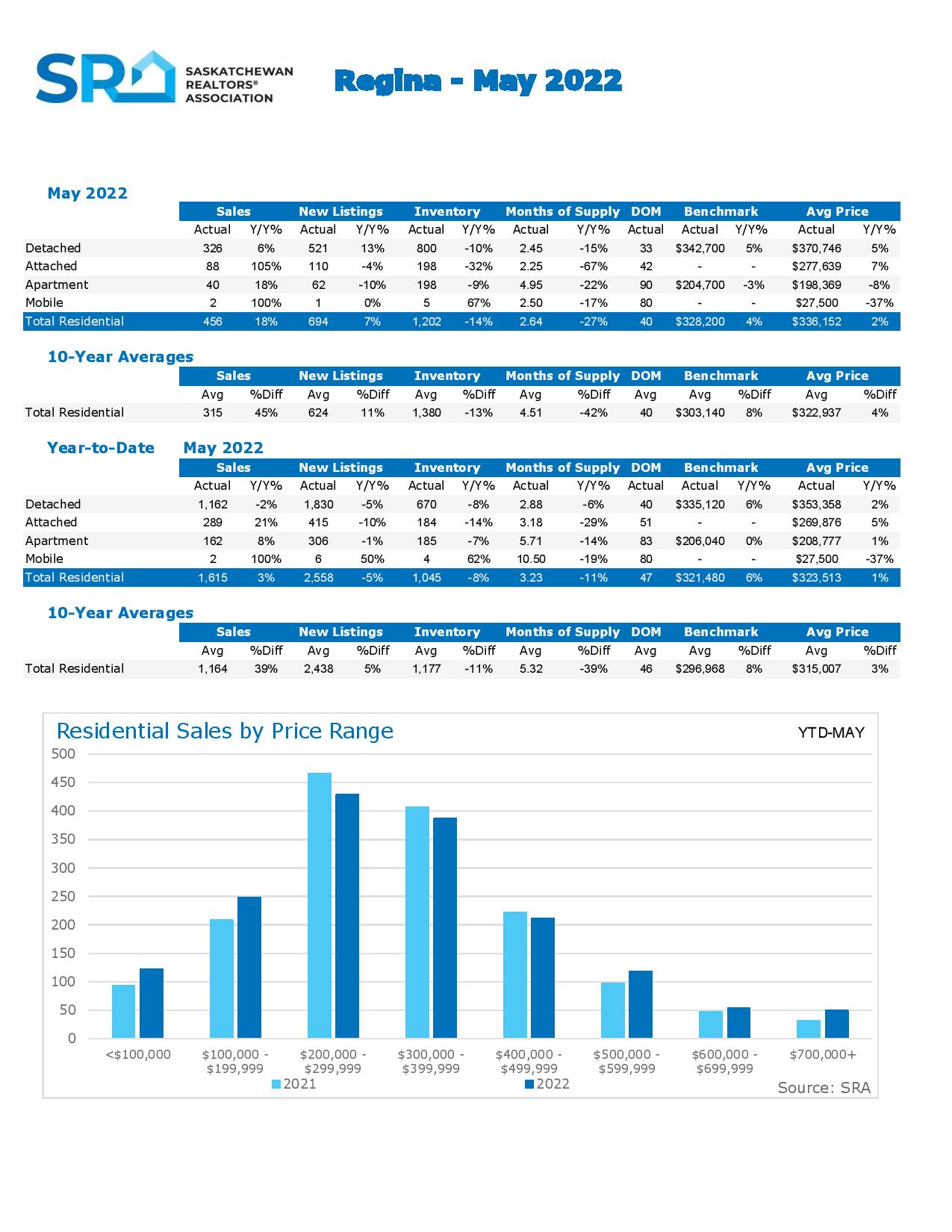 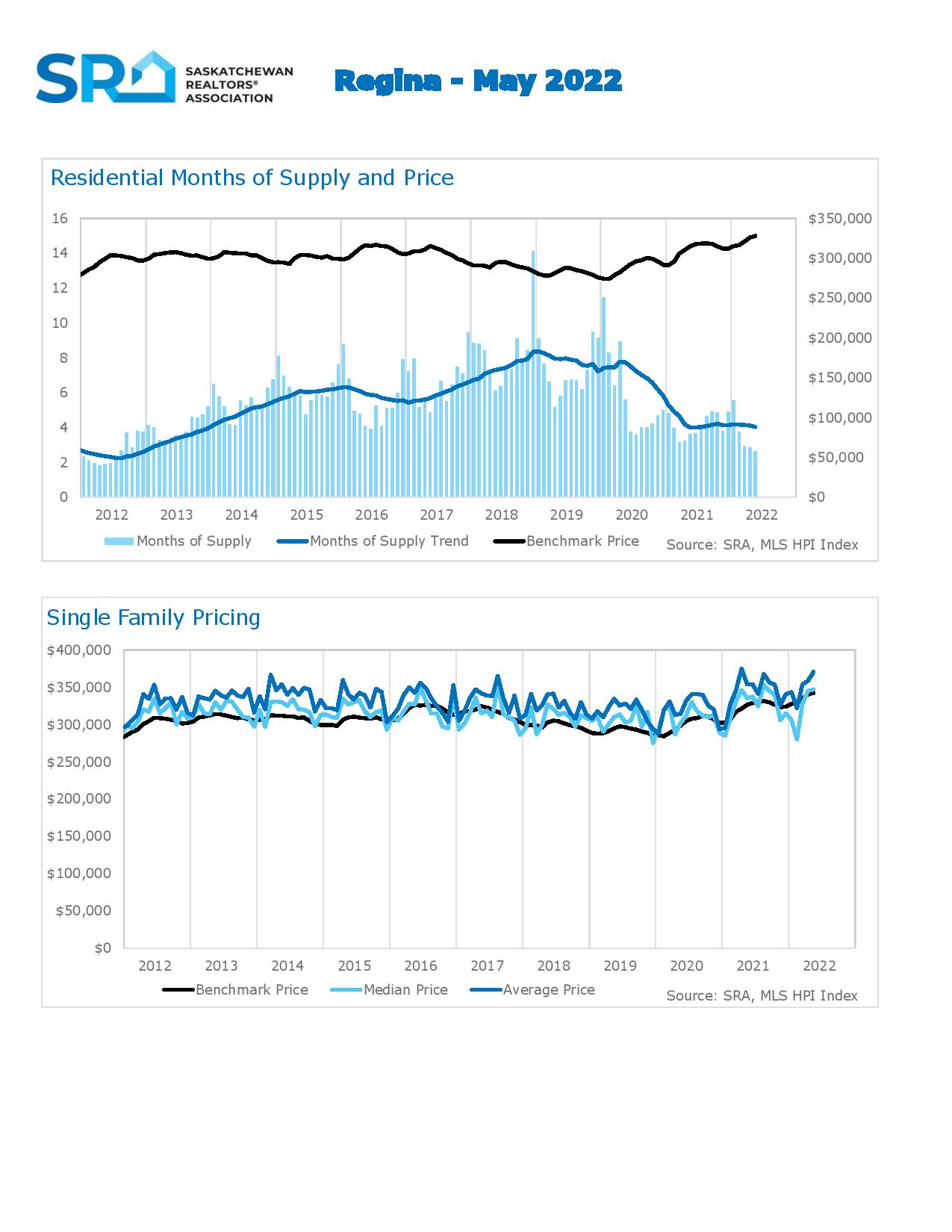 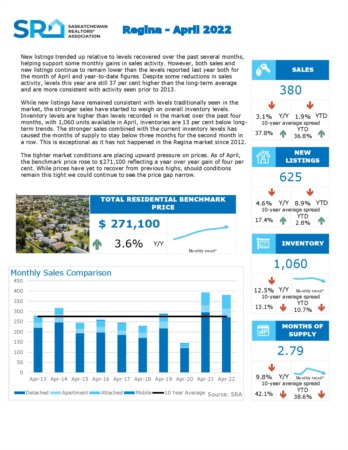 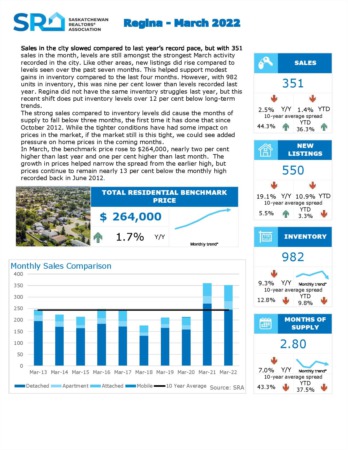 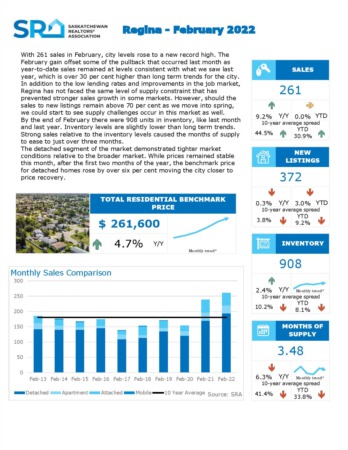