Following over four months of easing sales, November recorded an abrupt shift with sales activity improved over previous months and was far higher than historical norms. Like Saskatoon, sales have already surpassed annual record highs with one month left in the year.

Year-to-date sales growth has outpaced new listings growth ensuring that inventory levels did not return to the highs recorded prior to the pandemic. However, inventory levels have remained relatively consistent with longer-term trends, preventing the same supply shortage concerns faced in other markets.

The strong demand in the market has still caused the months of supply to fall to some of the lowest levels seen in over seven years. This has contributed to price gains in the market. On a year-to-date basis, the benchmark price has improved by six percent. Despite gains recorded so far this year, prices remain over 12 percent below previous highs recorded in 2013.

Following a trend of higher sales in 2021 and a slightly slower market pace for the past few months, November recorded sales of 1,361, a new record high for November and over 50 percent more than long-term averages. The growth in sales was mostly driven by gains in detached, attached and acreage properties. Overall, the province is on track to reach record-high sales this year.

“Concerns over inflation have left many anticipating that rates will rise earlier than expected in 2022. This has likely supported the recent shift in sales as buyers want to get ahead of any rate gains,” said Saskatchewan REALTORS® Association CEO, Chris Guérette.

Supply levels did not keep up with the sudden shift in sales. New listings this month totaled 1,521 units, causing the sales-to-new- listings ratio to rise to nearly 90 percent, the tightest level ever recorded in November. Without the same growth in new listings inventories eased and the months of supply fell to four and a half months. While the months of supply are not as low as the levels we saw in the spring, it is still well below the levels we traditionally see during this time of year reflecting seller’s market conditions.

While conditions did tighten this month, there was no significant shift in prices. The benchmark home price was relatively stable this month compared to October but remains nearly six percent higher than last year’s levels. If conditions remain this tight over the next few months, we could see the pace of price growth rise. On a year-to-date basis, the benchmark price in Saskatchewan has risen by nearly eight percent. Despite the strong gains in Saskatchewan, prices remain just below the previous highs set back in 2014.

“In other parts of the country, prices are at record highs. While Saskatchewan has seen exceptional detached price growth this year, the market is still recovering from the annual declines recorded prior to the pandemic,” said Guérette. 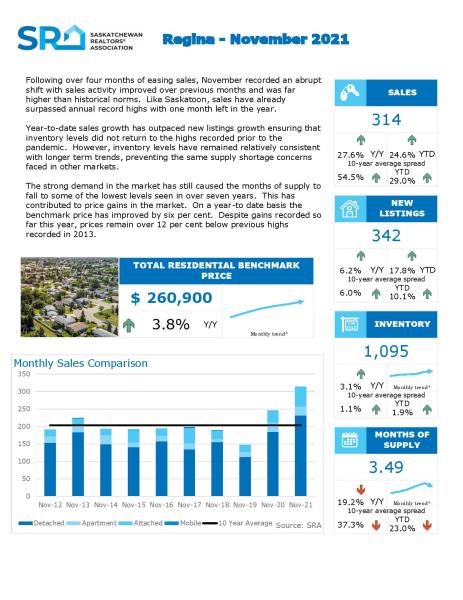 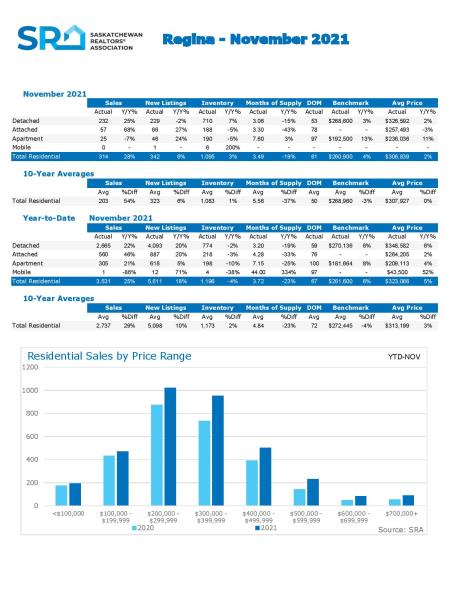 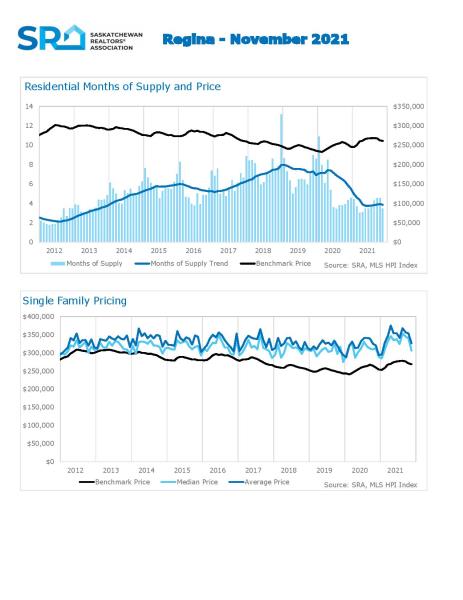 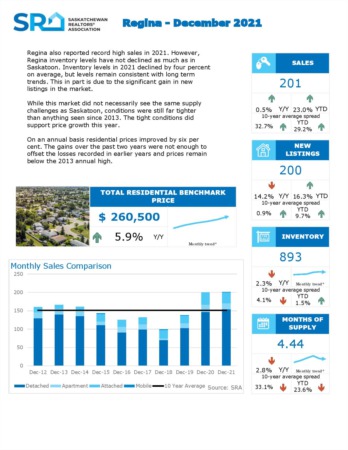 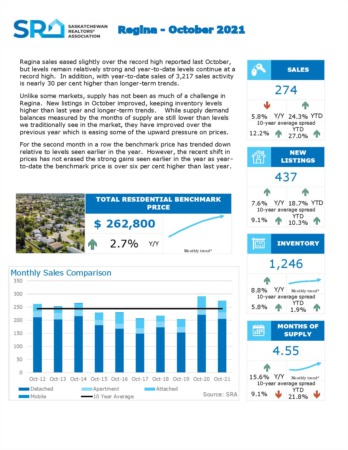 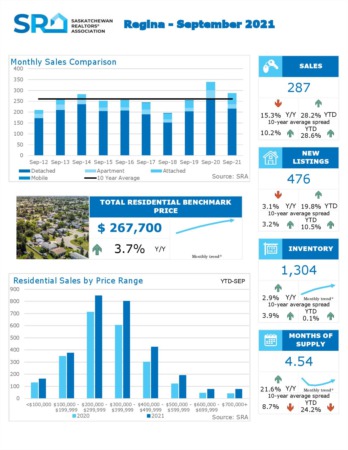